PAVIA AND THE LONGOBARD PEOPLE

According to the Historia Langobardorum, written in about 780 by Paulus Diaconus Warnefrid, the first homeland of Longobard people was Scandinavia. From there they moved to Germany, to Pannonia and finally to Italy, in 568 A.D. Ticinum‑Papia, an important fortress which controlled the roads in the Po plain, was occupied in 572 and later it became the capital of their kingdom. This was the first attempt to build a national kingdom in Italy, after the fall of Roman Empire, against the Byzantine hegemony. It was organized in dukedoms, ruled by the  Dukes, who lived in the most important towns. 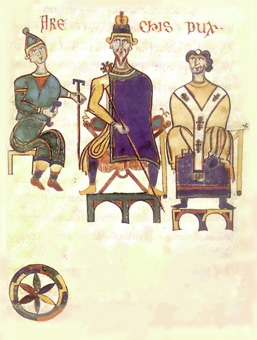 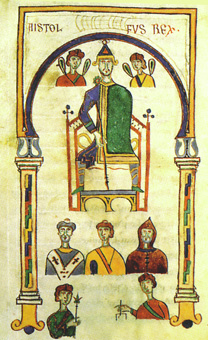 The most important Longobard kings were: Agilulf and his wife Theudelinda (after 590), who converted to Catholicism from Arianism and called the Irish Columbanus (Colum Cille) to found a Monastery in Bobbio; Rothari (636‑652), famous for his Edict the first roman‑barbarian code of laws; Liutprand (712‑744), who ruled the longest period in Longobard history and marked the height of the Longobard kingdom in Italy. Liutprand was a great legislator and a man of culture. The attacks of the Longobard army against Rome and papacy compelled the Pope to ask for help to the kings of the Franks, till when Charlemagne came to Italy (773‑774 A.D.). He defeated the last Longobard king, Desiderius, and subdued Pavia, the Longobard capital. It was the beginning of the Sacred Roman Empire. 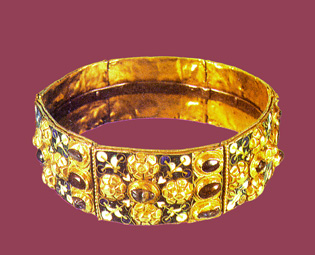 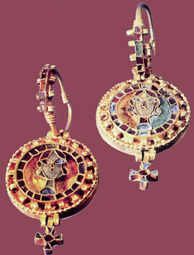 The Longobard heritage still remains in some Italian traditions and words. Pavia, in spite of the fact that it was their capital, keeps very few Longobard vestiges: only some fragments of sculptures and some archaeological remains, but no monuments at all.