Muqdisho (Somali spelling), the capital of Somalia, now has 1 million inhabitants, about 20% of the population of the entire country. In the last ten years in particular its growth has been chaotic and uncontrolled, with the annual rate reaching 10% or more, caused largely by the immigration of nomadic families hit by famines and wars. This profile examines the problems caused by Muqdisho’s rapid growth and offers some suggestions for controlling the towns development.

The Republic of Somalia was born in 1960 from the union of former British Somaliland and former Italian Somalia, both of which had become independent. It covers an area of 638,000 square kilometres and its population at about 5 million. However, the PanSomali independence movement claims a territory of over 1 million square kilometres which includes Djibouti (a former colony of France) and large areas under Ethiopian and Kenyan administration (the Ogaden and Hawd, and the North Eastern Frontier respectively). The five pointed star in the republic’s emblem represents this dream of a ‘Greater Somalia’ which has to rise up from the union of the five territories: the three former colonies and the two areas under ‘alien domination’.
In 1969 a military coup d’état transformed Somalia into a ‘democratic republic’ which was allied to the Soviet bloc until 1978. In that year President Mohamed Siyad Barre began a bloody war against Ethiopian troops assisted by Cuban forces, to conquer the plateau (Ogaden and Hawd). The Somalis had to retire, losing hundreds of thousands of men and all the sophisticated weapons supplied by the USSR. Today, Somalia receives military aid from the USA.
In 1978, the war and subsequent famine have produced over 1 million refugees. About 600,000 of these have been accommodated in refugee camps, while the rest have swollen the population of the outlying districts of the capital.
Somalia is the only ‘black’ country which is a member of the Arab League, justifying its membership by the Moslem traditions of its people. However, the main reason for joining seems to be the considerable amount of aid received from the Saudi monarchy. 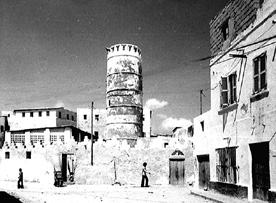 It is difficult to make a precise estimate of the population of a country largely inhabited by nomads and subjected to continuous social and economic disturbances. Nevertheless, the UN has estimated the Somali population today at about 5 million, with a natural rate of increase of about 2.8%. However, according to official Somali estimates of 1965, which gave a population of 2.5 million, the population would double in 20 years. The natural rate of increase was estimated at about 2.2%. The increase in the rate of population growth shows the importance of the refugee problem: 600,000 according to the UN High Commission for Refugees (UNHCR), up to 1,500,000, according to the Somali government.
Between the 1931 census and that of 1963, the mainly pastoral nomadic population decreased from 80% to 71% of the total population, while the rural population increased from 8% to about 20%. The most populous region is Banaadir, which includes Muqdisho. This region also has the highest density of population (over 12 inhabitants per square kilometre), followed by Upper Jubba, with a density of only 3 inhabitants per square kilometre.
The nomadic population, although reduced by repeated famines from 1974 to the present, still accounts for more than 50% of the total population and is entirely Somali by race, whereas the sedentary population (peasant farmers and fishermen) includes Bantu groups and other non‑Somali minorities. It is estimated that the labour force employed in the modern economic sector does not, in any case, exceed 25% of the urban population, i.e. not more than 300 000 people in all Somalia.

Before the colonial period Muqdisho was only one of a number of harbours serving the spice and slave market on the long sandy coast from the Arabian Peninsula to Zanzibar – the others included Hobya, Marka, Baraawe, Kismaayo, Lamu, Malindi, Mombassa and Pemba. In 1935 Muqdisho had about 40,000 inhabitants, by 1950, at the start of the Italian Trust Administration, it had about 70,000 and by the end of the trusteeship in 1960 the population had risen to 102,000.
The historic city of Muqdisho is made up of two parts: Xamar Weyne (Great city) and Shangaani. The buildings of these two districts, the so-called ancient ‘wall-houses’, are often multi‑family and almost always have several storeys. The roofs are supported by slender wooden rafters (buurti), typical to semi-desertic countries. The houses are built of coral stone and painted with lime-wash and are thickly clustered around streets which are almost always narrow (two to three metres). Openings to the street are usually limited to a main entrance, shop entrances and small french windows on the upper floors. Inside, there is generally a large central room from which the other rooms lead off. These are usually lower to permit the light to enter the main room from above. This arrange­ment also provides an opportunity to use transverse ventilation under the ceiling.
When Muqdisho was a colonial capital, the ancient city, expression of the historical encounter between Arab and African culture, was extended in the ‘European style’. Unfortunately, while the capitals of other colonial empires (Algiers, Luanda, Nairobi, etc) were assembling and reproducing in Africa some of the best examples of metropolitan architecture and town planning, Muqdisho developed like any mediocre Italian provincial town. The architecture of the expansion to the north of Xamar Weyne provides a good example of an uninspired attempt to impose order by a square grid of streets.
The first urban explosion, at the end of the 1930s, was towards the north, on the dunes which surround the urban centre. Beyond the administrative centre, the expansion took piace through a series of regulated subdivisions, starting from the villages of Shiibis and Bondheere (the word ‘village’ indicates in Muqdisho an indigenous district).
By the 1950s, the expansion through autonomous ‘villages’ continued: Anzillotti (now Waaberi) and Hodan to the west, and then in 1957 Wardhigley to the north. The result of this development was a city divided into three separate parts: the historical city almost intact in the centre, the self-sufficient European belt around it, and the autonomous ‘villages’ on the outskirts. 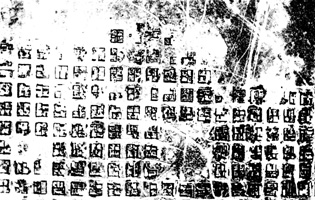 Role and functions of Muqdisho
Like most African capitals, Muqdisho does not offer enough employment for the number of its inhabitants. One main reason for the growth of the town lies in its bureaucratic and administrative functions. A valuable source of income is provided by the expatriate technical and development cooperative personnel, who support a luxury economy very distinct from local consumption and create employment by recruiting service personnel: ‘boys’, night guardians, etc.
There is no real industrial zone in the city, although next to the harbour there is a freezer warehouse to stock the meat and fish. Industries based on agricultural products are situated in the periphery, at Balcad, Afgooye, and Jowhar, some 3060 kilometres from the city. However, a small industrial zone is anticipated, next to the oil refinery under construction at Jasira, 20 kilometres south of the city.
The area surrounding Muqdisho comprises an area of dunes between the Indian Ocean and the River Webi Shabelle, which runs parallel to the sea some 30 kilometres away. The fertile black soil in the valley irrigated by the river has meant that banana, papaya, mango and grapefruit plantations are located around the river.

Current problems (in 1980s)
The underlying objective in the planning projects of the 1970s was a halt to all immigration into the town and the creation of a kind of ‘green belt’ of agricultural villages (of about 20,000‑30,000 inhabitants each). These villages could settle people in the fertile valley of Webi Shabelle river.
The first parts of this ‘green belt’ were created in 1974, during the campaign to settle the nomads. However, the villages which were created in this project had a very short life as, rather than adapt to such a radical change in their way of life, all the adults escaped to return to a nomadic life or move to the capital.
The defeat of this campaign took place at the same time as the war of 1978, a period of political instability and industrial stagnation. Muqdisho’s role as a Iservice town’ has since increased and it was not until 1981 that new aid agreements with the West made it possible to consider again the development of its industrial production.
The position of Muqdisho in relation to the rest of the country creates a problem of territorial balance : how can the growth of Muqdisho as the only development pole (the only port and commercial centre) of the country be avoided? Today this territorial imbalance is emphasised by the drought, which has depopulated the peripheral areas along the coast north of Muqdisho. However, in the south the two ports of Kismmayo and Baraawe could constitute alternative development poles. Furthermore, the area between Muqdisho and Kismaayo is the only fertile zone of Somalia, owing to the rivers Jubba and Webi Shabelle. However, the contrast between the southern and northern parts of the country has increased. This is mainly due to the desert zone (over 1,000 square kilometres) which separates the fertile zone from the uninhabited mountains in the north (former British Somaliland).
The urban environment, which had never been good, deteriorated rapidly after independence, mainly as the result of nomads migrating to the town. These population movements have led to a chronic deficiency in the already inadequate social infrastructures, with increasingly serious consequences. A 1965 report" described Muqdisho thus:
“Over 70% of the population lives in subhuman conditions, in awful districts lacking the most elementary services. Settlement in the town and in its surroundings continues to increase, without any concern for the availability of suitable dwellings or the related services and infrastructure. The new arrivals overcrowd already congested districts or erect shelters of any available material on any land which may be available, creating chaotic high density groupings, with not even elementary services, transforming a healthy environment into a hive of disease, discontent and crime”.
The only change which has taken place since 1965 has been a multiplication of the problems by three or four times. After the failure of an attempt to expand towards the east (Karan village), the rapidly growing population has tended to saturate the existing urban area, by invading the areas reserved for utilities or open space and welding the formerly separate ‘villages’ into a single, almost continuous belt of temporary or illegal constructions. The original idea of ‘villages’ as separate and potentially autonomous residential units has also been almost completely nullified.
The land policy established in 1970 seems to have been largely overwhelmed by the spread of illegal building, including temporary building, which followed the famine of 1974‑75. Instead of new regulations, it would therefore be better to have direct public support of self-construction by providing design suggestions and semi‑ manufactured materials (for example simple wall panels constructed of local materials). This would also offer the minimum standards of hygiene and comfort.

Possible solutions
As a country destitute of natural resources, Somalia is highly dependent on international agencies for the financing of development projects. The only alternative to large‑scale international aid would be a policy of self-reliance, and the extensive participation of the people in the improvement and management of their habitat and urban structures. However, it seems that the current political regime is not able to make participatory mechanisms work, nor to provide the population with the basic knowledge necessary. In this sense analogous experiences in Africa (e.g. in Tanzania and Zambia) could be useful.
An international campaign of volunteers, combined with the participation of local students, could make a start towards identifying and solving Muqdisho’s alarming problems. However, although this kind of mobilisation might have been possible in the 1970s at the beginning of the ‘revolutionary’ period of the current Somali regime, at the moment it is doubtful whether governmental organisations of the developed countries have good enough relations with the Somali government to allow them to conduct the necessary research into the causes of urban sprawl and poverty in the capital. This aspect of the Somali modesty is proverbial: it has always been forbidden to take photos in the poorest districts. Instead of admitting the existence of the shantytowns, the authorities have instead tried to forget them and their inhabitants.